If you are looking for something to do this weekend:

The sixth annual Lititz Teen and Kids Literature Festivalbrings a dozen celebrated authors and illustrators to the community to visit with young readers, parents, teachers, and librarians. This year’s festival, sponsored by Aaron’s Books, is onSaturday, November 1, at Linden Hall. The goal of the festival is to introduce young readers, from pre-K through teens, to the favorite authors and new ones who will inspire a love of

reading. Featured authors include three time Newbery Honor and Eisner winner, Jennifer Holm creator of the very popular Babymouse graphic novel series. She will be joined by Babymouse herself in the afternoon. Also featured is New York Times Bestselling Tom Angleberger, creator of theOrigami Yoda Series. He will be joined by the Capital City Jedi Knights. Events at the festival include a panel discussion with 4 award winning graphic novelists and illustrators, a discussion on contemporary teen literature with the senior editor at Scholastic, David Levithan. As well as numerous workshops for your readers and writers.

Tickets are  $8-25 at the door. Online pre-sales are no longer available.

Our festival’s mission is to bring together kids, parents, teachers and authors to celebrate the beauty of the written (and illustrated word) for the younger readers (and those of us that don’t want to stop reading good that remind us of our youth). Aaron’s Books is located in the heart of Central Pennsylvania. We are family owned and operated since opening in 2005. The store is named after Aaron, who is 12 years old.

Here is the website we utilized today to practice code breaking.  Have fun!

Another STEM opportunity that I was made aware of for ages 9 and up.  Let me know if you go. 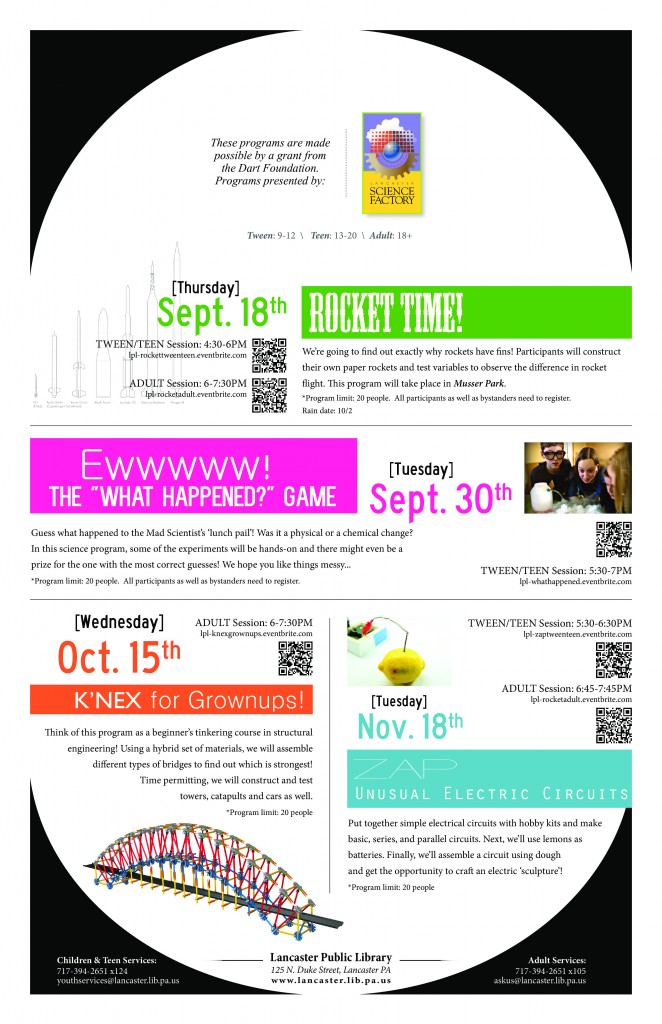