Today is the first day of our last of three cycles of Tech Club at LeTort and Central Manor elementary schools this year. So far, this experiment has proved wonderfully successful, and I truly believe it has laid the groundwork for similar programs in the future.

This past cycle, two of my 5th grade students wrote about their experiences. Here they are, word for word.

Dear readers of Mr. Moss’s blog,
I am Suren. A tech club member at Letort for the second rotation. Us tech club students at Letort were asked by Mr. Moss to write a paragraph for his blog. So, he is what I have to say.
Tech club : A place where kids at some of the Penn Manor Elementary schools learn about tech.
I had tried out for the first rotation of tech club, but I did not get in. This rotation I put my very best into the try-out and guess what? I got in!
The first week or so of tech club we played with a little sphere robot called cphereo. It was so fun to play, explore, and code with cphereo. After that unit was over, we started to get into parts of a computer. First, we learned about all the parts of a computer. Then came a challenge. All of us tech club students went head-to-head in a race to take apart then rebuild a computer. Cole won and I came in second place. After that day we did a competition called ‘Research race’. In that we are given things to look up, and the first person to find that thing gets a point. I won that race and Cole came in second.
From there on, well I don’t know because I am typing this on the day of ‘Research race’. So, have a great tech day. I hope you enjoyed reading this article. Bye!
-Suren (A second rotation member of tech club at LeTort)

My name is Sydney and I am a member of Tech Club. In Tech Club, we do many fun and exciting things! Like currently, we are working with Sphero robots along with rebuilding laptops. We do many games like research races and draw the computer parts. Every day is exciting and I can’t wait for every Tuesday and Thursday when we have it. Now granted, Mr. Moss thinks that we are a mischievous bunch. We have lunch with him and talk about the different computer parts. Mr. Moss is pretty patient and has a great sense of humor basing off of the fact the we may not always behave the greatest. Today, we raced to see who could take apart and then rebuild the laptops the fastest. I won of course. No, no I didn’t but came in a close second. I will be very upset when it ends!

Sarah Repkoe created a song for PSSA testing, it was pretty awesome. Yesterday, I put together this video on top of her song to encourage students to have a positive attitude toward the PSSA tests. This has inspired some interesting ideas about including students in the editing process for videos in the future. It will be exciting to see what the coming months bring.

The first few weeks of Tech Club have been very exciting! Students from Central Manor and LeTort elementary schools have had the chance to see inside laptops and a desktop, and learned about some of the parts of a computer.

Some students at LeTort had the chance this week to replace hard drives in some student laptops that had bad ones. This was the first time any of them had seen a ribbon cable or interacted with connectors on a motherboard. Several of them were able to replace the hard drive and watch it successfully boot up.

We’ve also started experimenting with some software that they will use to make a project. Some of them are interested in making graphics for the project, so I’m showing them Inkscape. 6th grade at LeTort will be making a webpage so they’re being introduced to HTML and CSS. Others will be working with Scratch to make their very own computer game!

Scratch is designed as a platform to teach the basics of programming. One of the teams has already made an intro screen, and the other team using scratch has worked out some of the controls for their game. Both games will focus on Mariner 2, a spacecraft that is our theme this year. They have one full month yet until the end of this cycle to work on their project. It will be interesting to see what they develop.

Now, connect the document camera and follow these steps.

You can position the head of your document camera to get the best picture. 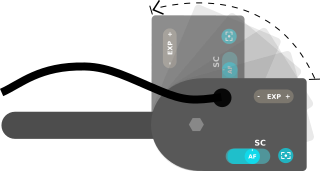 Today was the first Tech Club meeting at LeTort. Central Manor will start tomorrow. These kids seem very enthusiastic about technology and are excited to start doing things. Each tech club member is getting a small 3d printed wrench with their name on it.

For our first day, I’m starting by showing them what a hard drive is and letting them take one apart to see the working parts inside of it. This group seems pretty interested in doing some things with video and programming, so I’ll be looking for some activities to inspire them.

The content for today’s Fun Fact Friday was created by 3rd graders over 3 of their lunch recesses this week. Here is some of their work:

They were all very excited to participate and they did a great job, especially considering that this was their first time using Google Slides. This opens the door for future projects at this grade level, so I’m excited to see what they will create!

Who would have thought that a single application could do so much for elementary students? Throughout this school year, I’ve worked with teachers to guide students in using Google Slides to make presentations about something they are learning. The results have been amazing. 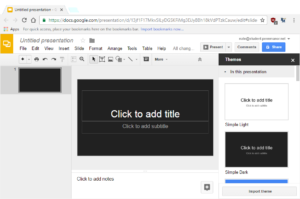 Making slides is an incredible learning tool. It’s a creative outlet where they can make something that teaches others, and reinforces things they’ve learned. But best of all, it encourages children to ask questions, do their own research, and make something of their own from scratch. This isn’t just about producing content, it’s about giving children the opportunity to be inspired and to inspire others.

Students at Penn Manor can make slides by logging in to Google drive and clicking on “New” → “Google Slides”.

Another way to take a screenshot is with the Microsoft Snipping tool. Click on the Windows key on your keyboard, and type “snip”. 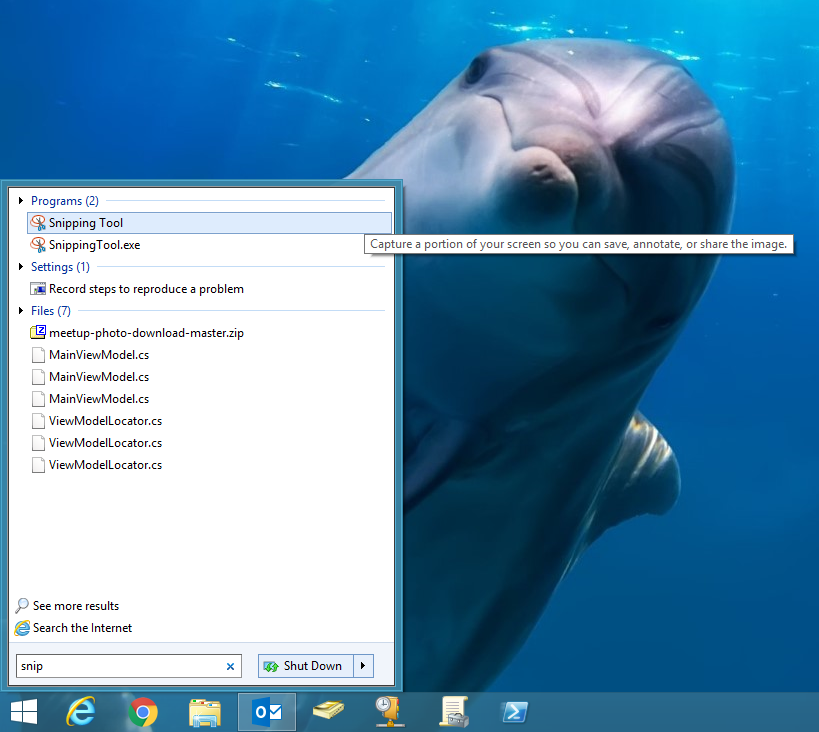 Click “New” and drag a selection around the area you want to capture.

Then you’ll be able to save it or copy it, and you can draw on it too!

Capture part of your screen

On Mac, press command + shift + 4, and you will be able to drag a box around the part of your screen you would like to capture. 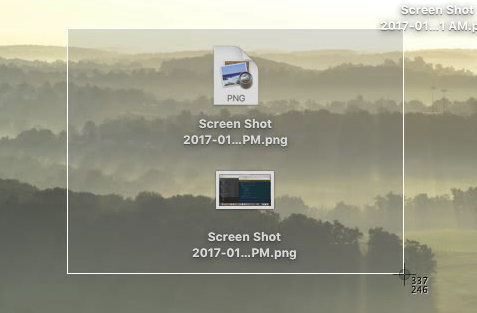 This will place a new image file on your desktop.

Taking a screen shot can be a very useful thing to do. You can share a snapshot of part or all of your screen with anyone in just seconds.

To capture the whole screen, press the PrtSc key on the keyboard. Or, to capture just one window, hold down Alt and press PrtSc. The key on your keyboard might spell out “Print Screen”, or be abbreviated like this:

Now you can paste the image of your screen almost anywhere. Open a new email, a Word document, or Paint (or any other program where you can paste an image) and press Ctrl + V.

On Mac, press command + shift + 3 to capture your entire screen.

This will place a new image file on your desktop. 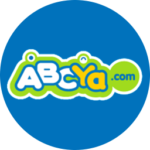 Today I took a closer look at ABCYa.com, a website on the grow page for all our elementary computers. ABCYa claims to be a “teacher-created” website, and offers a very large selection of educational games that fall into the following categories: Letters, Numbers, Holiday, Strategy, and Skills.

Games on the website are geared for grades pre-K through grade 5. They are divided first by grade level, and then by category.

I was happily surprised to find that there is no need to sign up, and all the activities are free. There is an option to pay to remove ads, but the ads are safe and don’t get in the way.

Here is a glimpse of one of their numbers games that teachers Roman Numerals. 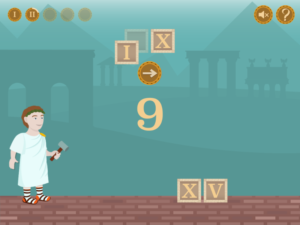